Today when you hear the name "Monet", the first thing that pops into your mind is probably, "Oh he did those waterlilies, right? I have stationery of that!" or something similar. 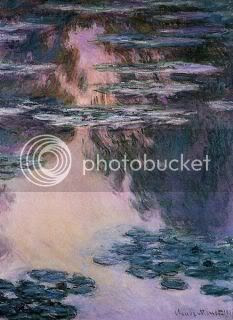 But that classic waterlily painting that you see when you hear Claude Monet's name wasn't always considered great art (by the way, Monet did a series of paintings of those waterlilies--250 paintings total). Back in his day, the late 1800s and early 1900s, paintings like his were considered incomplete and sloppy, and were called Impressionist. That's not a complement. Impressionism + Art in 1800s France = Bad Art. But these impressionists liked being different, those rebels. And they remind me of some artists today. Artists like...Chuck Jones and Charles Schultz.Cartoonists and animators. 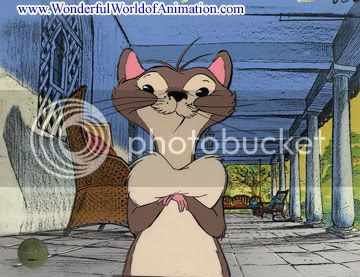 As an animation student myself, I am well aware that there are many people who like comics, or think animated movies are "cool", but if asked they usually don't consider comic books and animations art. Just entertainment. Most believe that art is something you see in a museum, and nothing more. It is rare to find a person who believes that art can be functional, or something that you can see in a newspaper or on TV. Which is really...stupid, for lack of a better word. The average animated film from Pixar takes at least two years to make, and its not because the animators are lazy, but because its hard work. A cartoonist pours their life into their work, just like a painter or a sculptor, and they shouldn't be denied their title of Artist just because their art happens to be stylized and gestural. The Impressionists of France at Monet's time had this same problem. They did not make very much money while alive, because no one bought their paintings, and no one bought their paintings because the Salons of France didn't want sloppy paintings, they wanted "real" art. But the Impressionists did their own thing, and kept on breaking the rules--and look where that hard work got them. These days, Monet's paintings are considered art, and museums all over the world have some of his waterlily paintings on display. Perhaps one day the cartoonists and animators will get their work displayed in art museums around the world with the "Classic" paintings, and they will be considered artists too.

-------------------------------------
What actually inspired me to compare the Impressionists to today's cartoonists and animators was going to my school's art show and seeing that it was all paintings, photographs, and ceramic bowls. Art projects. And what annoyed me was that, well, most of them were not very good. And I thought, "If they'd post comic books in the art show, it would be more interesting," of course...I also believed that I would totally own that art show if they exhibited comics. Just wait. When the spring show is accepting pieces...I'll be ready.
Its from DaBuschckah at 7:41 PM

You have an excellent voice for the cause. I say go for it! Every talented artist should be able to display at the school's art show and in museums. Of course, these days, animation in hollywood captures the attention of a much larger audience than most museums.

You know I really dislike classical paintings and pretty much anything before that (don't even get me started about the renaissance). To me art really didn't become worth the gaze until impressionism but don't get me wrong there are some exceptions to that. It just seemed like there were too many outside pressures that controlled what the artist chose to paint for it to be considered honest. And it seems like artists were known for their skill alone rather than their ideas.

Animation/cartooning is definitly an art. People just brush it off like it isn't because it's considered casual and childish... which is a load of BS. I really love your art. Those characters you've shown me are all really awesome... I still haven't seen any of your comics yet though. You need to fix that!

Oh, and thanks a lot for the comment on my photographs!!